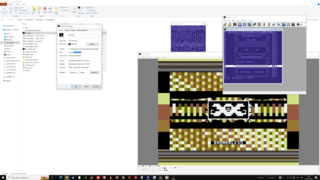 no 3rd parties involved this one 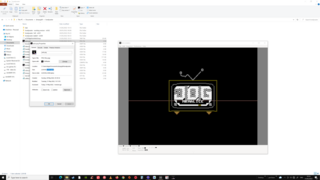 upd (2022 05 31)
lonelyraster - the quest for time,
figuring out timing while having read the word dirty line but not knowing and figuring out is a lot more satisfactory than getting some guy on youtube saying copy-paste this - but you know, its about creation, not about telling someone how to do it, if you prefer to copypaste it first, then by all means ... we came to call the one "lazy line" and the other "downright rotten line" maybe that makes sense to people who didnt copy-paste it :) , not that it matters ofcourse, BUT : people are still having pets - i dont know where it comes from (speaking at 2022 05 31) but i saw samar productions and lethargy having may-weather. Maybe there was an event or maybe all the geriatric patients like myself saw that brozai thing and thought HEY I AINT BRAINDEAD YET - i almost thought nothing but onefile-prgs existed anymore AND ... not always the quality i personally would dare release on a demoparty BUT once again (and the samar thing was great btw but i dont sit here checking every new release on the delli - the gnomes are on strike, the maid is on strike, the gardener is on strike, the butler is on strike and lack of money for high class escorts has me reaching for .... that oldskool vic20 softpr0n again ... its a downward economy, lack of steamdeck availability makes it so its not really a debate to try and see how many polygons you can fit on one or do 64 b/c THERE ARE NO STEAMDECKS xept for youtube people reviewing them so everyone starts ordering one (for next year), and we are still on the "IS amiga really its own craft or just "coding for a slow pc" .... (here comes the inquisition, ouch ...) having played with scanlines here someone said "hey atari 2600", and someone else said VECTREX ! (and everyone like DAFUK a VEKTREK ?) but you know .... the maid is on strike, and so is the gardener ... we tried cup noodles last week ... it tasted like ... cup noodles ? And you know, we dont wanna "sound like that" we have NOTHING to prove and we are not trying to be worse or better, thats for the youngsters who are still in their 70s ... (hehehh) - if you wanna "do that thing" and you find your first routine on codebase, then DO THAT THING, i mean that thing that says "insert interrupt here" .... we copy pasted those ten lines too ... it might be only $FFFF wide but its quite a few places to poke
im kinda feeling like doing something amiga like "just for sports" but no clue, since the 64 comes with basic and afaik from what i remember from the rig my old friend had, the amiga didnt (so thats more free ram, right?), we know something about it having a blitter chip by default and a dsp named paula that just has an op that comes down to "playwav", no hardware sprites but that just means backbuffer to front ... (you gotta do that in javascript too actually on canvas unless you use stuff like phaser) and such and so ... but so far we still wonder "whats the difference making a program in Appgamekit or one in some amigabasic ????
maybe later ... the atari 2600 with its 10ton pixels and 5 scanlines per screen is calling more than the other one actually but at this rate neither will happen since
indeed : the maid is on strike

the logos have not been 64-ified on this page - mea culpa filedating added i see - the link clicks to the .d64 file directly, filedate on this page is "last edited(the itemcontent)", the .d64 page has the dates on the actual .d64 files - php oneliners is l33t, dont make it strict, lady, leave that a choice plz.
ZeroDesign doesnt design, that requires thinking and thinking is hard, these things fall in place over time ... we wont be making excuses or apologizing either ... this page has 255 bytes of php code in it, it will show better with more items :) str_contains is l33T ! if you dont know what that means then wordpress is your enemy
the screen on this thing, which is an open mainboard laying on a plate (for eating - that doesnt conduct you see) with no case and lots of cables sticking out on some old HD monitor) has a VBI of about 5-10 seconds sometimes at random where the screen blanks - something with the hdmi plug, its good to be rich ... #stuff sorts alphabetically due to the massive amount of php code beneath it. Im sure sometime in the future the experience will be enriched with a "sort by your panties" button ... ofcourse, for only 299.99 million we'll do that NOW (tomorrow then ...)